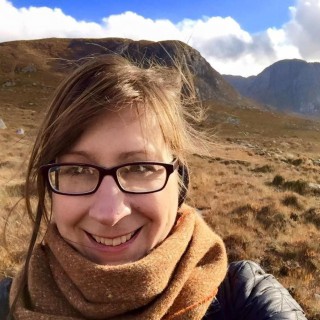 Seattle area writer, urban farmer, nature geek, and all around outdoor girl. I write inspirational, funny and thought-provoking pieces I hope will make a difference.

Strawberries and a Hose

By white middle-American standards, I don’t live in a “safe” neighborhood. There are at least two houses dealing drugs, prostitutes on the corner, gang tags on my fence. I pick up needles and condoms out of my flowerbeds. My car has been broken into so often I no longer lock it in hopes they will […]

Thirty-plus years ago (YIKES!) my parents did something that changed the course of my life: they took me whitewater rafting. I grew up outdoors. My first hike up Mount Pilchuck was when I was too young to have, much less tie, my own hiking boots. I still remember the mildewy canvas smell of our army-green […]

Follow Robyn Lynn: Bee Calm on WordPress.com
Why yes, that IS a watermelon the size of a baseball in my hand! #wishfullthinking #watermeloninseattle

On May 20 my hive was a month old, the first brood had hatched and my hive was stuffed full. Today, June 3, my hive has shrunken to a size that may very well be smaller than what I started off with.

In two weeks I went from this:

Empty cells, few bees and dozens upon dozens of dead larvae and the ghostly faces  of bees who died trying to emerge from the cells before they starved.

The ground outside the hive is littered in dead bees and on every  borage plant at the base of the hive is at least one bee trying desperately to survive. My heart is breaking.

I spent yesterday observing the bees still busily working bringing in pollen and hauling out their dead sisters. I picked up each new corpse and examined it thoroughly with a magnifying glass, looking for mites or signs of trouble like deformed wings. I didn’t understand what was happening. I looked over the still living but clearly suffering bees for signs as well, leaving them finely dusted with powdered sugar to give them some quick energy. I hoped they would revive. The bodies continued to pile up.

This morning a new pile of corpses cluttered the landing porch of the hive as if the bees had worked into the night and hadn’t wanted to dispose of the bodies in the dark. But now I think I have answers.

I wrote in a  previous post how startled I was at the rapid population increase, seemingly overnight. Early May weather had been warm with record-setting temperatures and the bees were very busy. Everything was in bloom and my raspberry bushes were covered in blooms and happy bees.  When my hive ran out of the last batch of “bee tea” I’d made right around the 20th, I figured we were in the clear for the summer.  I was wrong.  They had not been storing much honey although there were two frames full of “bee food”.

I’d thought with all those workers, they would have quite a crew to bring in more food and every other keeper I knew was ending their winter/new hive feedings.  But I hadn’t considered all the factors. The weather took a turn, and the average temp of high sixties (degrees f) dropped to the mid-fifties, with nighttime lows well below 50˚f my bees were stuck inside, too cold to do much foraging. I didn’t even think about the fact I was wearing a sweater as I worried about what was happening to my bees.

In trying to solve this mystery, I contacted other beeks in the area. At first they thought I was chilling the bees by checking them too often. “Stay out of the hive!” they insisted.  “It takes the bees a whole day to settle down following a your hive check and you disrupt the hive temperature every time you open it.” One member of the FB group Top Bar Beekeeping in the Pacific Northwest had this to offer: “Quick peek below 59 degrees. 60 to 70 no brood frames in the wind. 70 and above do as you please”.  I took their advice to heart, but I only open the frames once a week, though I MIGHT take a brief peak in the back or the front of the hive again if I am worried. And, I’d never have done so in cold, wet or otherwise bad weather.

Then I found this on the web:

A common mistake for inexperienced beekeepers is to assume, too soon, that the bees have made it through the winter. The sight of spring flowers and bees visiting them, makes the keeper think the bees will now feed themselves. Sadly this is not always true.

Cold nights limit the hours bees can work. They cannot start until it warms up, sometimes in late morning. Plus it may frost and actually kill the blossoms, so bees can get no benefit from them.  Overcast skies prevent photosynthesis, and reduce nectar production. 0ftentimes the first real nectar flow is quite awhile after the first spring flowers appear. It generally takes sustained warm weather and plenty of sunshine for most flowers to yield nectar. (There are exceptions to this, such as brassicas. If you can have some canola, or collards that overwinter and bloom early, these are prized flowers because they can actually freeze and still produce nectar within a couple hours.)

At the same time food requirements have increased exponentially, as the bees are raising large quantities of brood for the future field force, to bring in the spring nectar flow. It is very easy for a hive at this time to outrun its reserve food supply. Just a few cloudy, rainy, or cold days can mean sudden starvation for the hives of an inattentive beekeeper.

This affliction most commonly affects the strongest and best hives. It is a sad sight to see a powerful hive die or be devastated by starvation, just before they could have turned around and begun building food reserves.

Even though all of the other beeks in the area I talked to had removed feed with no problems, mine didn’t handle the transition well.

Here is what I think happened, though I am still researching: The hive population boomed with a strong laying queen and lots of food provided by me. Then it got cold, I took away their food and they had not stored anything. The new bees died and some part of the original ones as well. They had expanded the hive faster than they could sustain and nature took its course by shrinking it back to a manageable size. I should have made the decision to stop feeding based on the available reserve stores (judged by the weight of the bars) and the potential for continuing the reserve based on the weather and pollinators.  Instead, I was only considering the calendar, what I thought should happen, and what was happening in other hives in my area.

Painful lesson learned. I hope my hive survives this.

Seattle area writer, urban farmer, nature geek, and all around outdoor girl. I write inspirational, funny and thought-provoking pieces I hope will make a difference. View all posts by robynlynnwriter